Coyote predation in parts of Southern Ontario has been increasing for years and is showing no signs of slowing down. Livestock kills by coyotes and other wildlife cost taxpayers over a million dollars in compensation payments in 2008, and that figure doesn’t begin to reflect the true costs to the farmer.

Also increasing is the threat to public safety in urban areas where coyotes have not historically ventured. The Ontario Federation of Anglers and Hunters (O.F.A.H.) supports the efforts of municipalities that are taking action to assist their residents through coyote harvesting incentive programs.

"Hunting pressure can help alleviate the highly negative socioeconomic impact that coyote predation and overpopulation is having in parts of Ontario. Several municipalities are looking into incentive programs aimed at reducing local problems, which is an approach that we encourage and commend," said Terry Quinney, O.F.A.H. Provincial Manager of Fish and Wildlife Services. "Licensed hunters and trappers can be of great assistance to those farmers and communities who are dealing with this issue."

Across Southern Ontario, municipalities are looking at ways to help farmers suffering livestock damage and loss, and to protect the public, particularly small pets and children, as coyotes increasingly venture into neighborhoods. Bruce County has recently doubled its payment to licensed hunters who harvest coyotes. In 2008, the county paid out on 84 coyote harvests, up from just 5 in 2005. Grimsby, near Niagara Falls has looked at bringing in a pilot project to enable licensed local hunters to harvest coyotes in an identified problem area.

Under the Livestock, Poultry and Honey Bee Protection Act, a claim may be filed with a municipality for damages (including predation caused by wolf or coyote) up to the maximums prescribed by regulation. Municipalities, in turn may apply for a grant from the Ontario Ministry of Agriculture, Food and Rural Affairs (OMAFRA) for reimbursement.

"We urge the province to remove the prohibition on hunting wolves and coyotes surrounding Algonquin Park and in the Kawartha Highlands, so that harvest incentive programs can be put into place in these areas where they are also needed," Quinney added.

With over 100,000 members, subscribers and supporters, and 660 member clubs, the O.F.A.H. is the largest nonprofit, charitable, fishing, hunting and conservation-based organization in Ontario, and the voice of anglers and hunters. For more information, visit www.ofah.org. 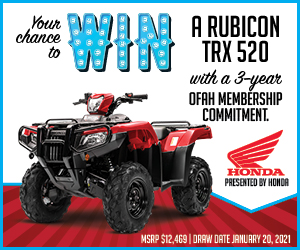