The Ontario Federation of Anglers and Hunters (OFAH) congratulates the provincial government on the announcement earlier today that the Ministry of Natural Resources will be introducing legislation to combat invasive species in Ontario.

The legislation is intended to provide a framework to prevent, detect, eradicate and manage invasive species that impact on the natural environment and can have a detrimental effect on our valuable fish and wildlife populations.

“The OFAH is home to the Invading Species Awareness Program, and works in partnership with the Ministry of Natural Resources to provide a program of public education and information on invasive species designed to promote early detection of both aquatic and terrestrial invasives, with the aim of preventing their introduction and stopping the spread of these species into sensitive ecosystems,” said OFAH Executive Director Angelo Lombardo. “This is a positive step in the fight against invasive species that will compliment actions already taken by the federal government. The importation of invasive species into Ontario is a serious concern. The legislation being introduced by the province will provide the minister with the tools to immediately react when a new species is identified, or when a threat is identified.”

The legislation extends the ministry’s powers to include more comprehensive inspection powers to determine compliance with the act, the introduction of a suite of enforcement provisions and penalties and gives inspectors the right to take samples and prohibit movement that may result in the spread of invasive species.

“Invasive species have already impacted our lakes, rivers and streams, and the potential long term economic impact is staggering. The cost of not addressing this threat to our environment and the economy can be measured in the billions of dollars. A key plank in this new strategy is the recognition that stakeholders like the OFAH have a key role to play in the management of invasive species and we are pleased to partner with the Ontario government on this important initiative,” said Lombardo.

For more information go to www.ofah.org, or www.invadingspecies.com. With 100,000 members, supporters and subscribers, and 720 member clubs across Ontario, the OFAH is the VOICE of anglers and hunters and Ontario’s largest and oldest fish and wildlife conservation organization. 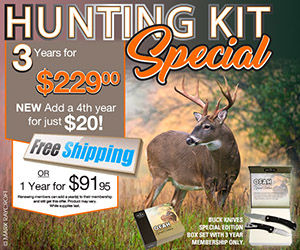