Home > Media Release > The MNRF changes to small game regulations will both positively and negatively affect Ontario hunters Share this:

PETERBOROUGH – For 10 years the OFAH has been asking for a review and update to small game hunting regulations – and late last week we finally saw some of those changes come to fruition.

Some of the changes made by the Ministry of Natural Resources and Forestry are positive, and fall in line with previous OFAH recommendations, while others are short on supportive rationale and show a general lack of awareness or a full understanding of hunting, particularly in northern Ontario.

The good news lies within the fact that Ontario’s small game management has finally received some attention. The hunting community should be generally pleased about an increase of season lengths for many species and the promotion, conservation and possible enhancement of other small game species.

Unfortunately, some of the positives have been greatly overshadowed by changes to season closure dates for rabbit and hare hunting in northern Ontario. Hunters received less than a day’s notice that seasons for cottontail, snowshoe hare and European Hares would close April 1 – about two-and-half months earlier than the previous date of June 15 that is listed in the 2016 Hunting Regulations Summary.

“The poor timing and communication of this is a major issue for hunters,” says OFAH manager of fish and wildlife services Matt DeMille. “To provide hunters one day of notice before making significant regulation changes is frustrating and shows a clear lack of understanding of the importance of these hunting traditions in northern Ontario.”

In addition to the timing issue, the MNRF failed to provide any evidence that these changes needed to be made.

“There is no justifiable conservation reason for restricting northern Ontario’s rabbit and hare hunting seasons,” DeMille says. “The OFAH is going to pressure the government to reconsider this season change.”

Another significant issue with the regulation changes deals with the closure of snapping turtle harvest in Ontario. The MNRF cited public feedback and road mortality as reasons behind the closure, however, when the proposal for regulation changes came about earlier this year, there was no mention of the possibility that regulated harvest of snapping turtles would be eliminated.

“There was no transparency between the government and public regarding this change,” DeMille says. “The public has an expectation of transparency and accountability when it comes to resource management and without that, it leads to questions about the motives of government when these decisions are made.”

With more than 100,000 members, subscribers and supporters, and 740 member clubs, the OFAH is the province’s largest fish and wildlife conservation-based organization – and the VOICE of anglers and hunters. For more information visit us online at www.ofah.org, follow us on Twitter @ofah and find us on Facebook or Instagram @theofah. 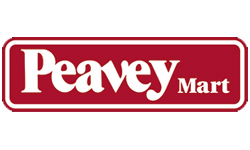