The Preliminary Report on the Canadian use and value of non-restricted firearms prohibited under SOR/2020-96 is intended to better inform the general public, political, and legal discussions that are happening right now about the amended regulations (SOR/2020-96) introduced on May 1, 2020 that prohibited a large number of firearms in Canada.

To our understanding, this is the only comprehensive and cohesive examination of the uses and estimated financial values of previously non-restricted firearms prohibited under SOR/2020-96, including any available government impact analyses and rationalization for the prohibitions.

The results of this preliminary report are intended to provide a qualitative list of previously non-restricted firearms to show the categorial uses by Canadians, but is not able to quantify how many people own or use these firearms, the frequency of uses, or the collective financial value of the firearms being prohibited.

The preliminary report identifies the specific hunting and sporting uses as identified through a survey for 64 previously non-restricted firearms that are listed in the RCMP’s Firearms Reference Table (FRT) as prohibited by SOR/2020-96. There are many other newly prohibited firearms were not reported by survey respondents, as well as many identified firearms that meet the new prohibition thresholds for bore diameter and muzzle energy that are not yet listed in the FRT. The number of non-restricted firearms prohibited under the amended regulations is much higher than 64, but the report is limited to those firearms where specific ‘use’ information was provided through the survey.

Survey respondents listed 53 (82.8%) of the 64 firearms as used for hunting prior to prohibition, with 44 (68.8%) of them having hunting reported as the primary use. Not surprisingly, the percentage of firearms having shooting sports (competition, target shooting/plinking, trap and skeet) identified as a use was even higher at 92.2% (81.3% as a primary use).

The survey responses and summarized results indicate that there is a considerable legacy of use in Canada for many previously non-restricted firearms. It is clear reclassification decisions will impact many Canadians who participated in legitimate, lawful, and socioeconomically important activities using these firearms, including collection, hunting, and shooting sports. The historical and modern use of these firearms for sporting or hunting purposes should not be dismissed or ignored without thorough examination by the federal government.

It is not the responsibility of the OFAH, this report, or any other stakeholder to prove that existing uses of the newly prohibited firearms are not “reasonable for use in Canada for hunting or sporting purposes”, but rather the federal government’s requirement to prove that they aren’t as required under S. 117.15(2) of the Criminal Code to rationalize their decisions prior to reclassification. Not only is this legally required, but it should be done out of respect for the hundreds of thousands of Canadians who will be directly impacted. This report is simply intended to provide insight about the use of these firearms to inform the conversation. 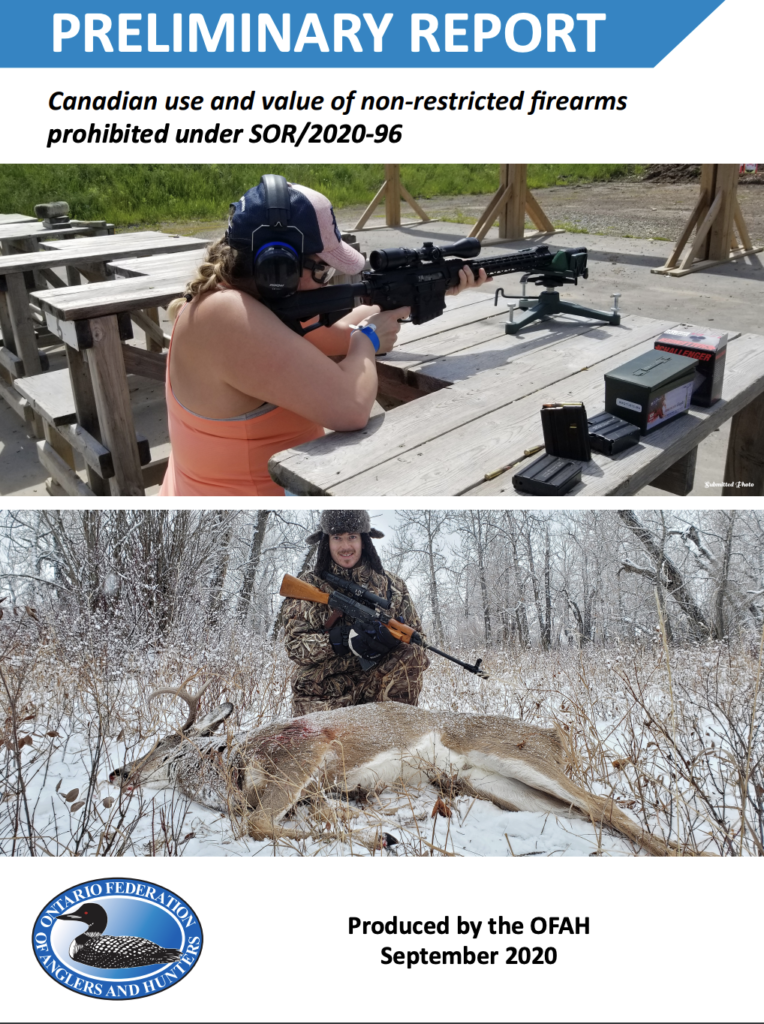 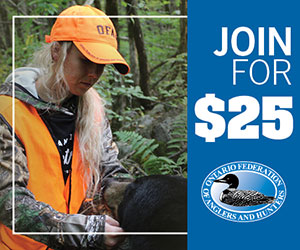