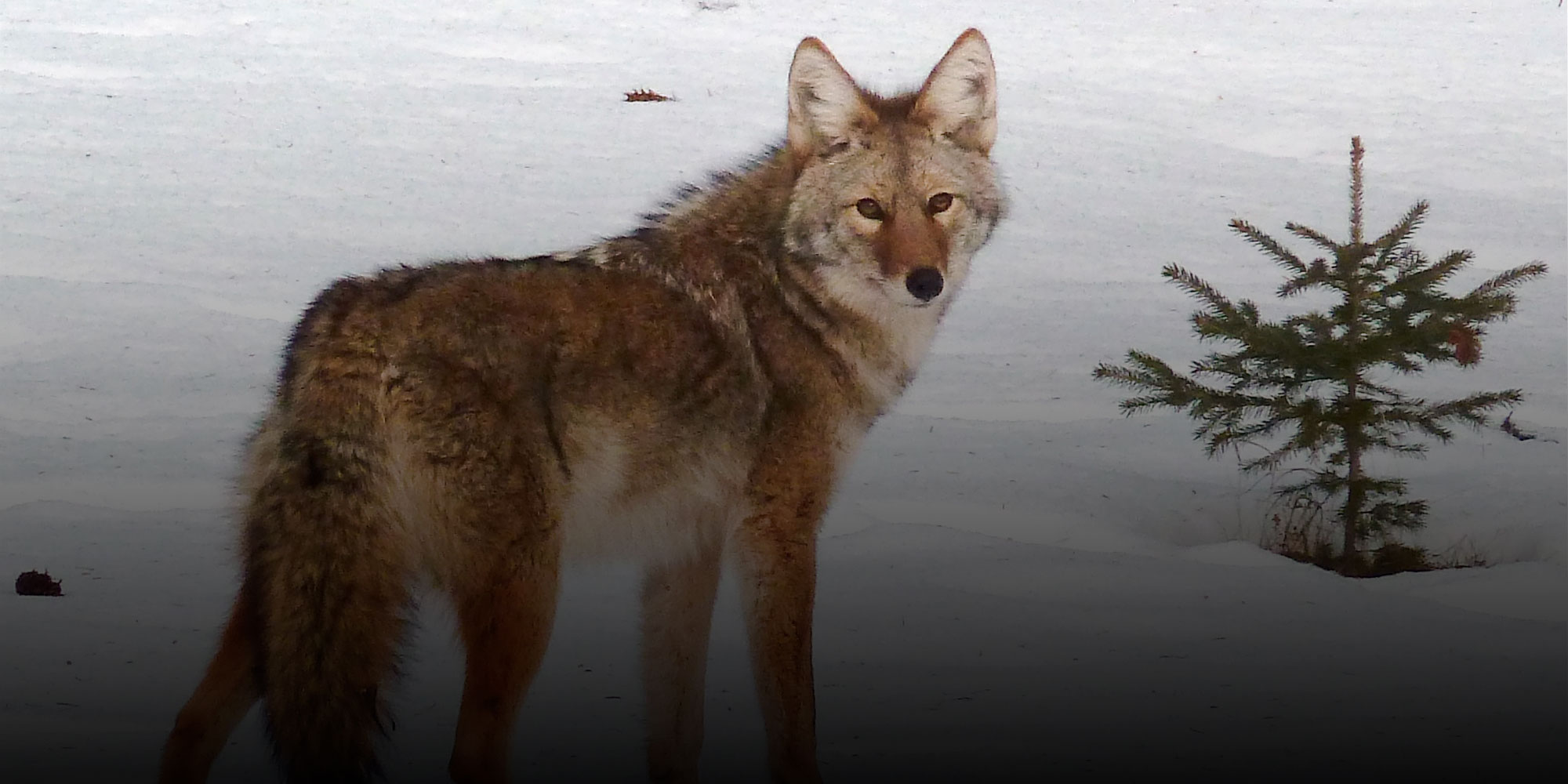 Recent news of a coyote hunting contest in Belleville has sparked a massive amount of backlash from animal activist groups. Many of these groups are seizing this opportunity to attempt to discredit legal hunting and trapping of coyotes. The OFAH doesn’t have a formal policy or position on coyote contests, but we fully support regulated hunting and trapping of coyotes, and will defend hunters and trappers against unfair criticism, unwarranted attacks, and propaganda against our community. Let’s debunk some of the myths about coyote contests and coyote hunting.

The truth about hunting contests

Coyote contests are relatively rare in Ontario, and most non-hunters don’t realize that contests like these don’t change the activity. First and foremost, all hunting still needs to be within the rules and regulations, and bounties are illegal. Because of this, modern contests don’t dramatically change the number of hunters or how they hunt because the large majority of participants are already hunting for that particular species at that time of year. Like most hunting activities, there is dedicated gear and other investments being made. The biggest investment can be time. Past experience and having time to hunt are often the biggest drivers of successful hunting, especially with something as challenging as coyote hunting. In the end, most contest participants have a chance to win prizes for  an activity they are already doing.

These contests are put on largely as promotions to simply try to attract existing hunters to their store. It has a much greater influence and value as a retail marketing strategy than it ever could on wildlife sustainability.

These attacks aren’t anti-contest, they are anti-hunting

Many of the claims from those opposed to the contest are driven by anti-hunting sentiment and not simply concerns over this specific issue. If those same individuals or organizations were asked if they support every day, legal hunting and trapping of coyotes, the answer would almost certainly be no. So, let’s not kid ourselves in thinking this opposition is isolated to the contest. Looking at the arguments being used, it’s clear that their issue is with all coyote hunting.

In the Southern half of the province, coyote hunting is open all year and there is no limit on the number  that can be taken. Despite this very liberal season, coyotes are thriving across their range in Ontario, showing that the hunting of coyotes is in no way a sustainability concern. Coyote populations are extremely robust and can withstand high levels of harvest without negative population impacts. Any claim that a contest of this sort is ecologically damaging or threating to coyote populations is willfully ignorant of the fact that there is no limit on coyote harvest in a large portion of coyote range in the Province.

Claims are also circulating that this contest threatens Algonquin Wolves because hunters could be shooting the wolves and submitting them as coyotes. To put it simply, these are FALSE claims. As any coyote hunter or trapper knows, the MNRF has closed hunting and trapping of wolves and coyotes in the geographic townships where Algonquin Wolves may exist. This moratorium has been a detriment to the hunters and trappers in that area since it was implemented. Regardless, the contest is not even being held near Algonquin Wolf range. Trying to tie this contest to the endangerment of Algonquin Wolves shows a clear lack of knowledge about the rules for coyote hunting in Ontario, or worse, a willingness from the anti-hunting crowd to completely overlook and ignore that these rules exist.  The MNRF has already addressed any accidental harvest of Algonquin Wolves and no amount of hunting contests in the area will change that harvesting wolves or coyotes there is illegal.

Another argument being used is that coyote hunting causes deliberate waste of these animals, which again shows an absolute ignorance of Ontario’s hunting laws. As is the case with trapping, it clearly states in Ontario’s Hunting Regulations Summary that it is illegal to abandon the pelt of a coyote or to let it spoil. Again, if you dig deep enough into the positions of the groups speaking out against coyote hunting, you will find that they are anti-fur in general regardless of if it is being used. Although there is some public sentiment against fur, it is a renewable resource and garments made from it do not shed harmful microplastics into the environment, which cannot be said for the oil-based alternatives positioned as more ecologically friendly.

The hunting community is facing unwarranted threats of violence and hate

At the end of the day the majority of “environmental groups” speaking out on this issue oppose sustainable use activities and are looking for absolutely any reason to sway the general public into villainizing coyote hunters – or for that matter hunters in general. We see these same attacks from these same groups year after year after year. As they do not support legal sustainable hunting in any capacity, they will always attempt to use emotional rhetoric and bend the truth to push their beliefs. It’s unfortunate and it’s dangerous. Need an example? Members of these groups have even gone so far as threatening violence towards the operator of this coyote contest. To say that this is completely unacceptable doesn’t even do it justice. Like all other Canadians, hunters and hunting retailers should not be subject to the violence and hate that have arisen out of this issue. We have the right to feel safe in our beliefs and participation in a highly regulated and legal activity.

The fact of the matter is that coyote populations in Ontario are healthy and coyote hunting and trapping provides important socioeconomic and ecological benefits, including wildlife management. As hunters, we know that you are passionate about this issue and that the situation might feel like it is a personal attack. And that’s because it is. Even if you’re not a coyote hunter, as a hunter in general you most definitely understand the frustration that comes with this issue. It’s a microcosm of a much larger issue when it comes to the uneducated opinions constantly spewed by anti-hunting groups across Ontario and beyond.

We completely understand that you may want to weigh in and defend your beliefs on this issue, but we urge you not to stoop to the levels that we’ve seen from the other side. It’s okay to debate but do it without hate. The hunting community needs to stay strong and united. The facts and reality are on our side. 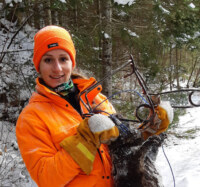 on The Truth About Coyote Hunting In Ontario. 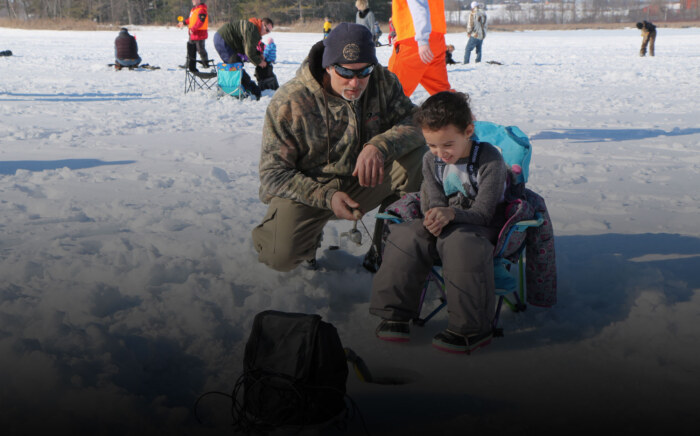 Fishing & hunting can help with more than economic recovery in Ontario

The OFAH delivered testimony on why fishing and hunting can and should be invested in as a critical sector in Ontario’s social and economic recovery from the impacts of COVID-19.