Bill C-21 was introduced in the House of Commons on May 30, 2022, and the link below provides introductory Frequently Asked Questions about the impact on firearms owners. Most of the information in these FAQs is directly from Public Safety Canada and/or statements by the Minister of Public Safety, Marco Mendicino. CLICK HERE to read the FAQ.

As part of the comprehensive list of priorities we’ve outlined for the next provincial government heading into the June 2 election, the OFAH has outlined what we’re asking for when it comes to dealing with municipal firearms restrictions. CLICK HERE to read more. 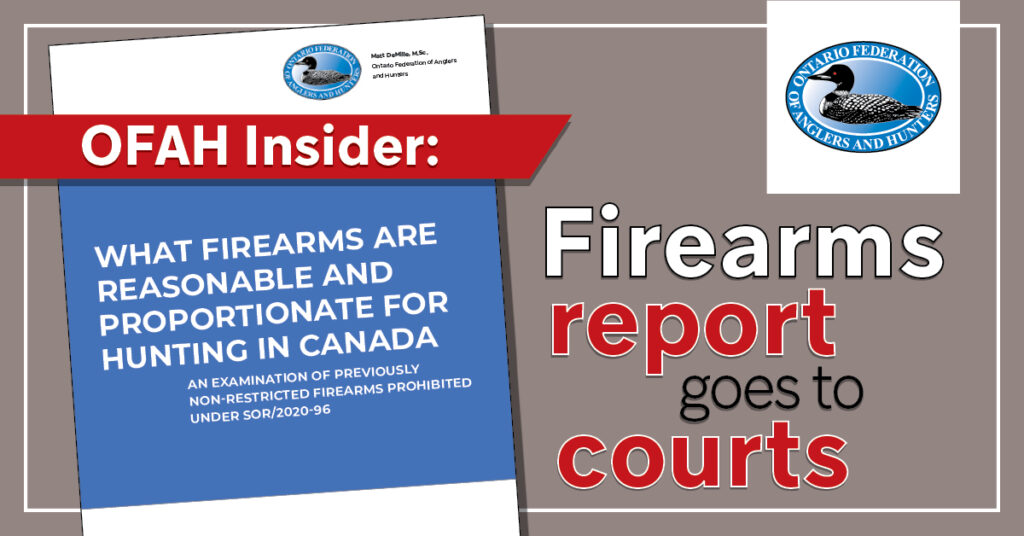 The OFAH provides a critical analysis of the Regulatory Impact Analysis Statement (RIAS) for the proposed Regulations Amending Certain Regulations Made Under the Firearms Act.  CLICK HERE TO READ MORE

The OFAH has developed a series of resources to challenge myths with facts and help better inform the general public, media, and decision-makers about how firearms policy changes and proposals are impacting Canadians. These resources will also help firearms owners share important messages with elected officials in Ottawa, Toronto, and their local Municipal Councils. The sections cover off the following:

The OFAH receives a number of questions each year related to the process for acquiring a firearms licence, both non-restricted and restricted. CLICK HERE to view resources that help outline the process for those interested in acquiring either or both licences.

Watch a recording of the members-only Q&A on firearms policy, originally hosted by OFAH on March 23.

CLICK HERE to see the updated version of the OFAH’s Preliminary Report on Canadian use and value of non-restricted firearms prohibited under SOR/2020-96.

CLICK HERE to read the OFAH letter to Bill Blair, Minister of Public Safety and Emergency Preparedness on the issue around the backlog of PAL renewals

Create your own user feedback survey

Following the federal government announcement on May 1, 2020 that banned the purchase, sale, transport, import and use of 1,500 models, variants or modified versions of firearms in Canada, the uncertainty of exactly what all of that means has left the firearms community with many valid questions and concerns. We’ve addressed a collection of those questions here.

FIREARMS: divisiveness will be our demise — written by Matt DeMille, Registered Lobbyist and OFAH manager of fish and wildlife services 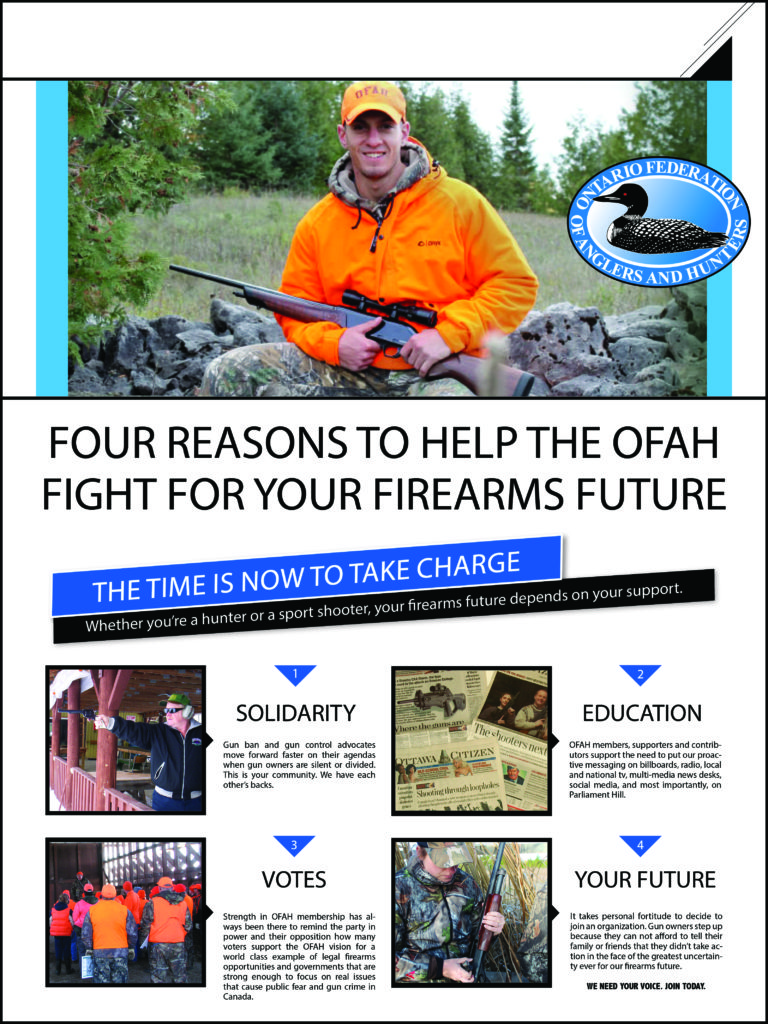 The politics of firearms — written by Matt DeMille, Registered Lobbyist and OFAH manager of fish and wildlife services

FEDERAL ELECTION REACTION — While Parliament may be divided, the outdoors community is not. Once again, Canada’s democratic process brought out the best in anglers, hunters and trappers across the nation. We commend everyone who voted in the October election. The OFAH remains focused on standing up for our core values. It’s a new government and today is a new day to think about your future as a firearms owner and the outdoors legacy that we vow to keep fighting for. Election results won’t stop the OFAH and our partners in the National Fishing and Hunting Collaborative from aggressively pursuing our national priorities.

The National Fishing and Hunting Collaborative is a group of non-partisan, non-profit fishing and hunting organizations that work collaboratively to provide national leadership on important conservation issues and a voice for more than 375,000 Canadians from coast-to-coast-to-coast.

Read more about the NFHC and firearms policy here.

The OFAH met with the Honourable Bill Blair, Minister of Border Security and Organized Crime Reduction, in early February 2019 to discuss firearms policy for a second time. The discussion focused on Bill C-71, handgun bans, and UN marking.

Please click here for more information on that meeting.

In late 2018, Public Safety Canada released a background document and questionnaire titled: “A dialogue on handguns and assault weapons”. Click here for the OFAH’s written submission to Public Safety Canada. The OFAH also met with the federal government — including with Minister Blair in December 2018 — to discuss the concerns of the firearms community.

Bill 30, An Act to amend the Ammunition Regulation Act, 1994 with respect to the sale of handgun ammunition (Fighting Back Against Handguns Act) was a Private Members’ Bill introduced in the Ontario Legislature that aimed to allow municipalities to pass by-laws prohibiting the sale of handgun ammunition within their boundaries. The bill was quietly defeated in early October 2018. The firearms community welcomes this decision and is appreciative of the recognition that law-abiding citizens aren’t the problem and that short-sighted feel-good policies won’t cure gun violence in this province.

Put your voice behind our efforts to achieve government action —  donate today!.