Today the Government of Canada announced, effective immediately, that they are prohibiting the purchase, sale, transport, import and use of 1,500 models, variants or modified versions of firearms in Canada that they have deemed as ‘military-style assault rifles’.

The government also reaffirmed another one of their election commitments to institute a costly, mandatory buyback program for the newly prohibited firearms. Owners of these firearms will have a two-year amnesty period to comply with the new regulations.

This government action will take legally purchased firearms out of the hands of law-abiding and responsible owners, and not target the criminals they should be focused on. The plan is expected to cost taxpayers far more than the $250 million originally pledged by government, and those resources could form much-needed investment in addressing the root causes of violence and cracking down on illegal firearms.

The OFAH can’t support arbitrary or politically-driven classification of firearms, so the government’s approach is a huge concern to us.

“No Canadian should have to stomach such a significant waste of tax dollars on government schemes that target responsible hunters, sport shooters and gun collectors. We are the ones who advocate for firearms safety and training and we are the ones who keep conservation and the economy strong through participation in our activities,” says OFAH executive director, Angelo Lombardo. “This approach would have been unacceptable at any time, but it is even more concerning with the financial crisis we are currently facing as a country.”

The newly prohibited firearms were already classified in Canada based on definitions in the Criminal Code, and the form and function of those firearms hasn’t changed.

“The only thing that has changed is the public and political perception of them, often based on misleading government statistics and a lack of understanding for Canada’s existing firearms laws,” adds Lombardo. “Firearms should be classified or re-classified based on form and function, not by appearance, colour or a curved magazine.”

The government itself has repeatedly stated on the record that firearms classification should be done by experts and not by politicians, so it’s incredibly ironic that the federal government has chosen to reclassify firearms through Cabinet order and in contradiction of the classification criteria set out in the Criminal Code.

Canada’s law-abiding firearms community wants to see an end to gun violence as much as every other Canadian. Unfortunately, the federal government has created a dialogue that focuses on law-abiding Canadians, distracts from real issues, and creates a false sense of security in a plan that has little potential to reduce crime.

The OFAH has long called for investments that support policing and the justice system to crack down on violent crime and illegal firearms, as well as support programming that will focus on the social determinants and other root causes that lead to violence, gun violence and organized crime.

Today’s announcement does none of that.

“The OFAH and firearms community will always stand up against a firearms proposal that does nothing to reduce violent crime and everything to attack responsible gun owners,” explains Lombardo. “We have previously called for true government leadership on the issue of violent crime and illegal firearms. This isn’t it.” 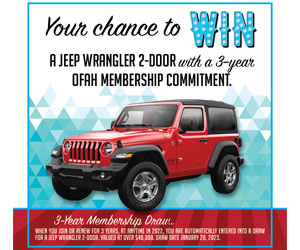