At the 81st Ontario Federation of Anglers and Hunters (O.F.A.H.) Annual General Meeting and Fish & Wildlife Conference held recently in Mississauga, O.F.A.H. members and member clubs were recognized for their contributions to the conservation of Ontario’s fish and wildlife resources. The Royal City Fishing Club of Guelph was among those acknowledged, as they took home the coveted Bert Austin Trophy for fundraising success.

In support of the 34th Annual O.F.A.H. Conservation Lottery, the Royal City Fishing Club sold an incredible 739 books of tickets, more than any of the approximately one hundred O.F.A.H. clubs vying for top spot in the friendly competition. In the 26 years that the award has been given, only five other clubs have ever taken first place.

"The O.F.A.H. Conservation Lottery is a major fundraiser for our provincial conservation efforts, and just as importantly, for O.F.A.H. member clubs like the Royal City Fishing Club, who will use their portion of the proceeds to fund community projects," said O.F.A.H. President Jack Hedman, who presented the award. "The Royal City Fishing Club is representative of the many O.F.A.H. clubs whose members are committed to the wellbeing of our fish and wildlife."

Over the years, the lottery has raised tens of thousands of dollars for conservation programming. The 2008 lottery prize line-up totaled almost $300,000, with grand prizes that included vehicles, boats and trailers, thanks to sponsorship from Dodge, Lund, and Yamaha. Tickets for the 35th O.F.A.H. Conservation Lottery are now available from participating O.F.A.H. member clubs, and through www.ofah.org/lottery until the draw date, May 29, 2009.

With over 100,000 members, subscribers and supporters, and 655 member clubs, the O.F.A.H. is the largest nonprofit, charitable, fishing, hunting and conservation-based organization in Ontario, and the voice of anglers and hunters. For more information, visit www.ofah.org. 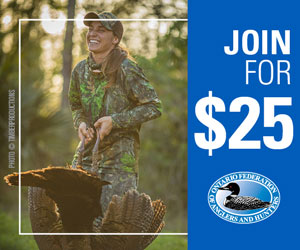