In order to help prevent wild pigs from becoming established in Ontario, the provincial government has finalized Ontario’s Strategy to Address the Threat of Invasive Wild Pigs. This strategy, which was released Oct. 19, 2021, outlines actions to be implemented by the government and partner organizations. Two key steps under this strategy, and main advocacy issues for the OFAH, list wild pigs as invasive species and phase out Eurasian wild boar farming have been completed.

Wild pigs have been listed under the Invasive Species Act as a restricted invasive species, this means that no one is permitted to allow a pig to be released into the wild in Ontario. It is also prohibited to hunt for or trap wild pigs in Ontario unless they have authorization from the Minister or are protecting their property on their land, full details can be found at here. Additionally, Eurasian wild boar farming will be phased out in Ontario by 2022. After that time, it will be illegal to possess a Eurasian wild boar in Ontario. Full details on the regulations surrounding wild pigs and Eurasian wild boars can be found at here.

If you think you’ve seen a wild pig, take a photograph, mark your location, and contact the Invading Species Hotline at 1-800-563-7711 or info@invadingspecies.com. The Invading Species Awareness Program is a partnership between the OFAH and the MNRF to address the increasing threats posed by invasive species in Ontario.

Hunting is not the solution to the wild pig problem but hunters still have an important role to play by helping find pigs if they are present and then reporting them. To help with this we’ve created the OFAH Wild Pig Trail Camera Detection Protocol. This distills scientific research and expert advice into a handy two-page document on how to set up your trail cameras to find wild pigs. It covers everything from where to set up your camera and how to identify wild pig sign to making bait and reporting your sightings. 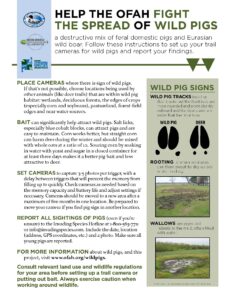 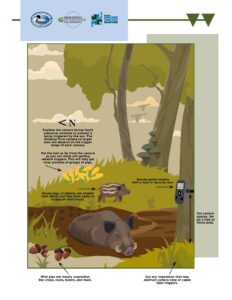 The OFAH is extremely concerned about wild pigs becoming established in Ontario. They have already caused widespread problems in Canada’s prairie provinces and many American states.  If the MNRF does not take immediate action, Ontario could have an extensive wild pig problem with severe financial and environmental consequences.  The OFAH is advocating for the eradication of wild pigs in Ontario.

Read our submission to Ontario’s strategy to address the threat of Invasive Wild Pigs June 7, 2021

Read our September 2019 letter to the Minister

Read the Minister’s response to our letter

Wild pigs (wild boar, feral domestic pigs, hybrids) are non-native to North America resulting from farm escapes and intentional releases. They are major a problem because:

Unfortunately, hunting is not the solution to this problem and will in fact make things much worse. Research and management experience from provinces and states that have been dealing with wild pigs for years has shown that hunters removing individual pigs has minimal effect on the population and instead breaks up groups of pigs (called sounders), scatters them across the landscape and teaches them to avoid hunters. This makes control efforts much more difficult and pigs quickly breed to replace any losses. Worse still, unscrupulous hunters in some states have purposely spread pigs in order to take advantage of open seasons in their areas.

What has been shown to work in eradicating wild pigs is identifying and eliminating the entire sounder. This takes dedicated wildlife professionals with specialized techniques such as trapping. This is what the OFAH is advocating for and the MNRF’s pilot study to figure out how to do this in Ontario is the critical first step.

What the OFAH Wants

What You Can Do 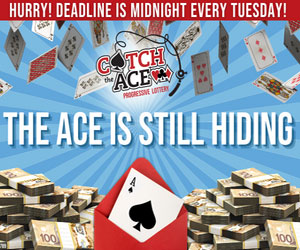