Communities along the beautiful and historic Trent-Severn Waterway (TSW) may not know there is an invasive threat that has crept into the waterbody.

A portion of the TSW near the Hamlet of Trent River is home to the only known wild population of the invasive species known as water soldier in all of North America. Water soldier is used as an ornamental plant in water gardens, the likely source of its introduction to the Trent Severn Waterway.

Water soldier forms dense mats of floating vegetation, crowding out native species and decreasing plant biodiversity. It has the potential to alter surrounding water chemistry, which may harm phytoplankton and other aquatic organisms. It can also hinder boating and angling and its sharp, serrated leaf edges can cut swimmers.

But there’s good news. Since it was identified in 2008, an interagency working group was established including the Ontario Federation of Anglers and Hunters (OFAH), the Ministry of Natural Resources and Forestry (MNRF), Trent University, and Parks Canada. This group has been working to stop the spread of water soldier since its discovery.

“Too often we have to react to an invasive species well after it has become established in Ontario, making it difficult to stop its spread,” explained Matt Smith, OFAH Invading Species Awareness Program Coordinator. “But in the TSW, we have discovered water soldier early and we’re looking into future management options. This is a complex issue and there is limited information available about this plant. Considerable research is required if we are going to be strategic about its management in Ontario.”

Throughout this summer, OFAH and MNRF staff will be on the water monitoring and mapping the water soldier colonies, thanks to a $35,000-grant from the Invasive Species Centre, and supported by a Water Soldier Management Plan. The OFAH and MNRF monitoring crews will be sampling more than 2,500 points on the TSW, which will help inform management options.

To set up a media opportunity or arrange an on-site inspection of the water soldier colonies with OFAH staff, please see contacts below. To learn more about water soldier and what you can do to stop the spread of invasive species, visit www.invadingspecies.com/invaders/plants-aquatic.

With more than 100,000 members, subscribers and supporters, and 720 member clubs, the OFAH is the province’s largest nonprofit, fish and wildlife conservation-based organization and the VOICE of anglers and hunters. For more information, visit www.ofah.org and follow Ontario Federation of Anglers and Hunters on Facebook and Twitter (@ofah). 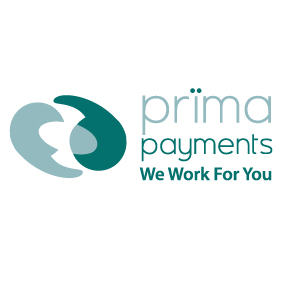